It is Alex Makarov, samdark, writing. This is a second issue this year. I was trying to get someone else from the team to write an intro for the issue but, it seems, they prefer to write code instead

We have some great updates regarding Yii 3 and many Yii 2 releases. Additionally, there are side efforts that might be interesting.

Since the question “How is Yii3 progress overall” is asked too often, we have put together a page tracking Yii3-related packages. The calculation is simple. A package with a stable version is considered “done”. A package without a stable version is considered not “done”. The framework does not require all the packages so expect beta before 100% is reached. A bit later a link to this summary page will be added to the main website page.

The creator of awesomic invited us to use the service for free to say thanks for Yii 2. We are not going to do a full re-design of the website since it will move our focus too much from the development of Yii3. Instead, the first goals are the following: 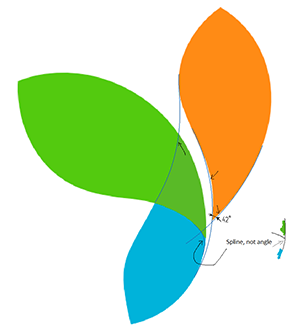 Historically, the Yii community was migrating from one platform to another. In Yii 1 time it was primarily the forum which is still the preferred place for asking tricky questions since it is indexed well by search engines. We have used IRC as a chat platform. Later communities gathered at Facebook and StackOverflow. IRC was not convenient for many, so we have tried Gitter and then Slack.

Nowadays for Yii3 we have a Telegram group and it seems it is gathering more attention than the Slack one.

A big set of updates is ready:

Yii3 is moving forward a bit slower than I have hoped for. Nevertheless, I love the progress. We are releasing more and more stable independent packages and constantly shaping fundamentals such as configuration and container.

More packages are on the way.

Now, let’s highlight interesting things since the previous issue. For convenience, changes will be grouped.

The assets package is close to release with all the issues solved, documentation written and great test coverage achieved.

There is a breaking change in the syntax. __class is now class, properties are prefixed with $. Also, namespaces were adjusted a bit. Likely that is the last change about DI container declarative syntax.

These changes allowed us to add metadata for definitions without the risk of having conflicts with properties:

A new config plugin was a good idea. With the following improvements it became convenient to use: 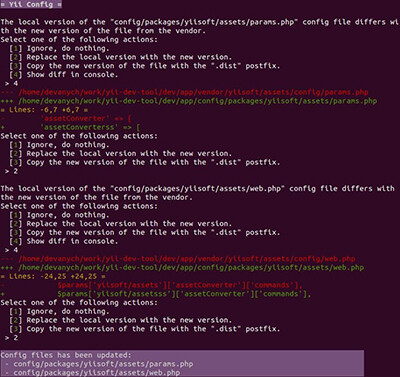 The old config plugin was updated to work with syntax adjustments in Yii3 packages.

More enhancements are to be done.

The set of translator packages are almost ready for release. Besides cleanup, we have added a translation extractor and a console command for it so now usability-wise it is at least as convenient as translations in Yii 2.

We are grouping commands by namespace now when displaying a list.

Fixed Docker images, including ones with Nginx. These are now built automatically via GitHub actions and are available via Docker hub.

I would like to thank all backers and contributors for making Yii 3 possible. We are moving it forward together!

There are more individuals and companies to be checked on the OpenCollective page.

Special thanks for Yii 3 code contributions goes to: