Update on Yii 1.1 support and end of life

Yii 1.1 support was originally announced as “Dec 31, 2015 (may be extended further if needed)”. In March we’ve conducted a survey and since December is close, it’s time to officially announce our decision.

Yii 2.0 has been a great success and even though there are still a lot of projects using Yii 1.1 we have to make a decision as our resources are limited. We have been focusing on Yii 2.0 development in the past year and there was not much activity for Yii 1.1.

We have now decided to not accept any features or enhancements for Yii 1.1 anymore. We’ll close feature request tickets and related pull requests soon. As we also obviously do not have enough time to fix all the reported bugs ourselves we will review the open tickets and only keep the critical ones open. Most of bugs are open for such a long time that probably affected projects had already implemented workarounds anyway.

So here is the timeline: Yii 1.1 will receive critical bugfixes and PHP 7 compatibility fixes till the end of 2016. After that we will only respond to and fix security issues if any will be found until at least the end of 2018. Even after security support has ended, all the code and documentation will be still available.

If you have any questions or concerns about this, feel free to get in touch with us by commenting here.

This has also been published in the news section.

That’s perfect! Thank you for this, I really appreciate

But Yii 2 is so much better

Thank you team for the fantastic work and commitment to Yii Framework.

I share the same sentiment as weaverk, this extension will allow many Yii 1.1 projects to reach end of life and be ready for a planned upgrade instead of a forced upgrade for the sake of catching up with latest version.

Thank you so much. My team of 15 developers really appreciate it. We are using only yii for last 4 years and expect to use yii 1.1 another 1 years .

I am totally new to Yii framework. Am learning YII 1. I heard that Yii 1 is not gonna work so am confused . So hereafter I need to learn Yii 2 and is it same as yii 1? If anyone explain about it means I’ll be clear yaar.

Yii 1.1 works well but it’s not supported anymore so it’s a good idea to start with newer better 2.0. Yii 2 is not the same as 1.1. Concepts are similar, code is not.

First of all Thanks for the response. I think I must take a tour to YII 2.

PHP 7.2: count(): Parameter must be an array or an object that implements Countable #4167

Issue: PHP 7.2: count(): Parameter must be an array or an object that implements Countable

There are a few PHP 7.2 incompatibility issues in Yii 1.1.x. IMO, they are critical. 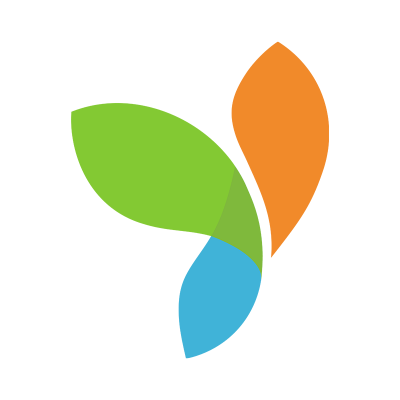 I have a question about the end of the security support of Yii 1.1.x.

It says "we will only respond to and fix security issues if any will be found until at the end of 2018." on this page.

However, another page (http://www.yiiframework.com/download/) says "Security fixes will be provided until December 31, 2019."

Which information is correct?

Thank you and best regards,

2019 should be all fine. There’s no plan to drop merging security fixes.

Thank you for your reply.

I started upgrading my application to Yii.2. And I am enjoying it.

end of life is just coming closer based on https://www.yiiframework.com/release-cycle page.

We didn’t take it seriously enough. Thus, much of the code in our older software is still running under yii1.

Customers were now beginning to be bothered by this. So my question would be, what do I see on the site actually mean the end of yii1? or is there a chance that the framework will get a security fix since then?

There are 2 good news regarding Yii1:

https://opencollective.com/yiisoft/updates/yii-news-2020-issue-6 Hello, everyone! Almost three months passed since the last Yii news issue. We were almost silent and working hard. These days with Yii 3 team expansion I am managing, reviewing, designing, and guiding more, writing code less. That works pretty well, I can say. Overall development tempo increased, and we’re getting closer to our next goals. An official forum is way less active compared to how it was in Yii 1 and Yii 2 times. …

it is a really good news!

But if I see it right there won’t be an official support.

But thanks for quick reply!

It all depends on how much time we can afford according to current funding: https://opencollective.com/yiisoft