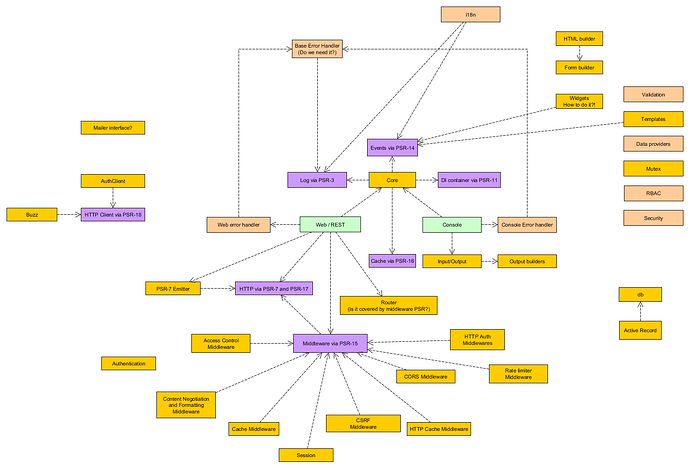 Something I noticed: yii-core already contains quite a lot - from BaseObject up to Application.

Why not separate the basic helpers and classes like BaseObject into a real core package, e.g. yii-base?

The reason: I usually use Yii, but sometimes I also work on projects which do not really have anything to do with YII. But: I love the basic functionality of the BaseObjects and some helpers.
All additional stuff seems to be also quite separated from the core. Why not splitting up core a bit, so we get a “real” “yii-core” with very basic stuff (Base Objects, Utilities) and some kind of “yii-app-core”, which contains the stuff needed for Yii applications.

Yes, that could be done in the process. The schema isn’t set in stone but something we’re moving to.